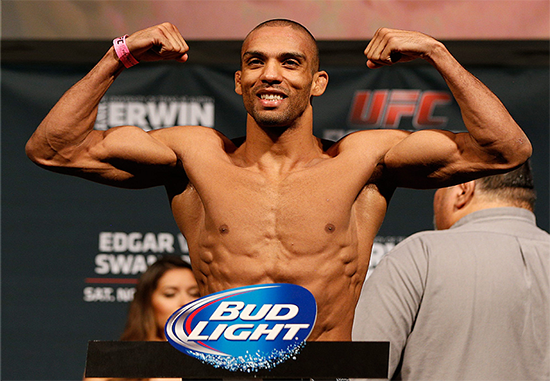 Edson Barboza spent the majority of the first round a safe distance away from Bobby Green’s striking range. Green grew frustrated with Barboza “running away” from him and started to fight aggressively in the second round. Green’s hands hung low as he started to taunt Barboza, and he payed for it big time.

What Green did not consider was that Barboza’s inactivity in the opening round was due to the fact that he was simply feeling Green out. He was studying Green’s mannerisms and patterns and Barboza unloaded on Green in the second round. Barboza landed a spinning back kick, but his heel landed just past Green’s ear. If it had been an inch closer the fight would have ended in the second.

Barboza utilized his footwork and speed to stay away from Green’s powerful strikes in the third round. Barboza opened up the round strong with a great deal of offense, but he started to fade in the middle of the round and looked to be coasting to victory. Again, Green grew frustrated with this and started to taunt Barboza.

As the round expired, Green made fun of Barboza for running but they eventually embraced in the middle of the octagon in a sign of sportsmanship.

As expected, it was Barboza who would have his hands raised at the end of the judges’ decision.