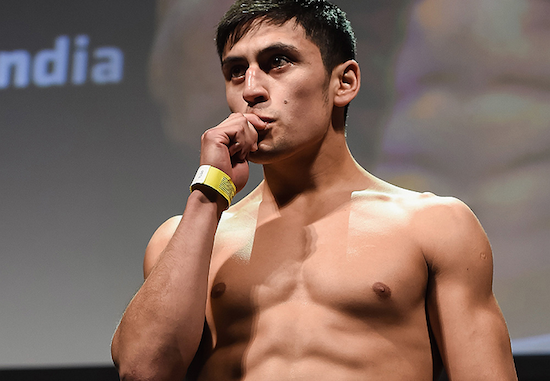 When you have two fighters who are just as cautious and careful as they are skilled, the result of the bout may not entertain the bloodthirsty fans of mixed martial arts. Diego Rivas and Rodolfo Rubio’s bout was one of those fights and it caused the Brazilian fans to be the most quiet they have been all night.

It was not that the fight was boring; There was a severe lack of hard shots and fight-threatening holds. Rubio neutralized Rivas’ offense and Rivas neutralized Rubio’s. Rivas was just a little more aggressive and took advantage of Rubio’s minor mistakes as he was able to take home all three rounds.

It was no surprise when Rivas’ hands were raised at the end of the fight.