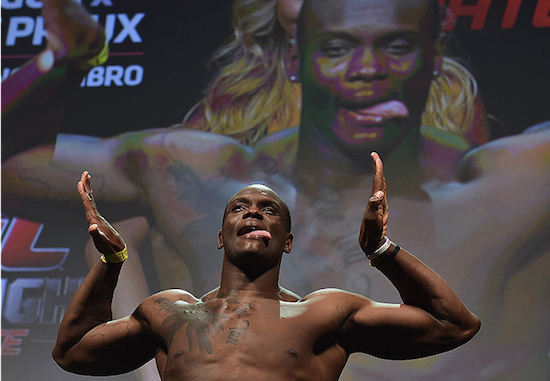 OSP stunned and silenced the Brazilian crowd with just one left hook.

Shogun took to the center of the octagon and started to corner OSP in the corner of the octagon. OSP dodged a right hook and landed a left that sent Rua crashing to the canvas. OSP saw Rua was hurt and followed up with a handful of brutal punches that went unblocked. The referee gave Rua every chance to recover, but he was completely out of it. OSP was pulled off of Rua by the referee and he proceeded to celebrate in the middle of the octagon.

The Brazilian crowd was stunned and silent. All you could hear on the broadcast was the commentators and OSP screaming in celebration in the middle of the octagon. After winning the bout, OSP mentioned that he was baiting Rua to the corner of the cage! He had him where he wanted him the whole time.