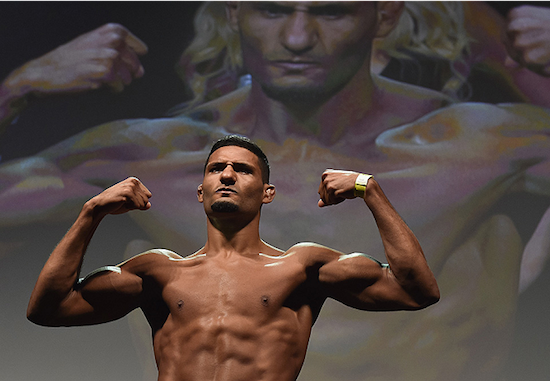 Even though Dhiego Lima looked superior in this fight against Jorge De Oliveira, Lima showed that he still has a lot of room for improvement in his game. He approached his attacks well and was able to take Oliveira down at will, but he seemed lost from there. He could threaten a rear naked choke, but was unable to get any hooks for body triangle in at all. Lima also did not follow through with his strikes whenever it seemed like Oliveira was rocked.

In his defeat, Oliveira looked like the more impressive fighter. He clearly deserved the loss, but the fact that he was able to escape a fight-ending situation over and over again is nothing short of amazing. Lima’s fatigue in rounds two and three aided in Oliveira’s survival, but it was impressive nonetheless.

This was Dheigo Lima’s octagon debut.