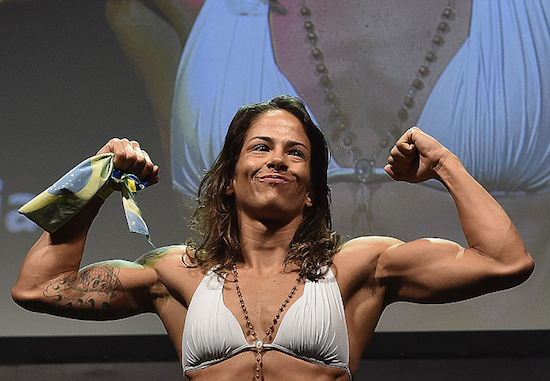 Juliana Lima controlled Nina Ansaroff the entire fight and deserved her unanimous decision victory. This was the first fight of the main card and it aired live on Fox Sports 1.

Lima was dominant in this performance and smothered Ansaroff for two rounds. However, was Ansaroff who initially almost submitted Lima with an armbar, but Lima was one step ahead in defense and turned the tables around. Ansaroff was then almost forced to submit to a heel hook, but she was able to escape with ease.

Lima utilized her grappling skills to dictate where the fight went and it was no surprise when her hand was raised at the end of the judges’ decision.