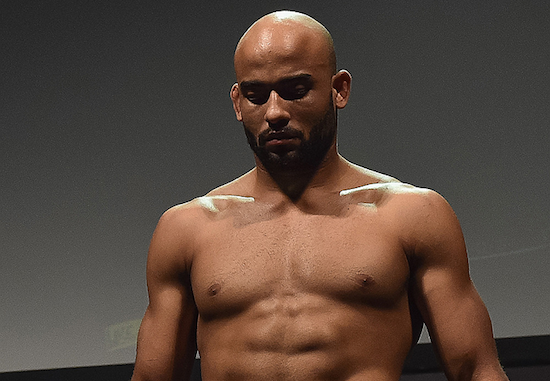 Warlley Alves was close to ending the fight in the first round when he knocked Alan Jouban silly with a slew of strikes, but Jouban was game and showed great resilience by making it to the end of the round. From that point on, Jouban was cautious in his approach and the fight’s pace slowed down greatly.

The fight saw a couple halts in action when Jouban poked Alves in the eye and grazed below the belt with a kick, but Jouban tried to pump out the volume of strikes as the fight went on. Alves gassed in rounds two and three and was desperate for a stop in action as he tried to trick the referee into saying Jouban poked him in the eye three more times.

Alves mustered enough power to throw a power shot here and there, but it was Jouban who took control of the fight in rounds two and three. He dictated where the fight went and controlled the center of the octagon.

Even though he suffered an onslaught of punishment and almost lost the fight in the first round, he rallied back and should have picked up the decision win. However, the judges awarded the fight to Alves!

Do you think they made the right decision?