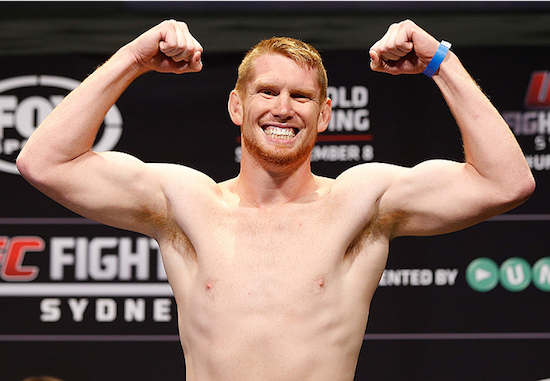 Sam Alvey and Dylan Andrews met in the octagon for the fifth fight of UFC Fight Night Sydney. The middleweights looked to keep the trend of exciting finishes going.

The two southpaws met in the center of the octagon and it was Andrews who landed several leg kicks early. Alvey came in swinging and Andrews shot in for a takedown, and got it. Andrews was able to gain mount but lost the position shortly after.

The fight went back to the feet, where Andrews kept Alvey on the cage. Andrews, from behind Alvey, went for a big throw. In the process of slamming Alvey to the mat Andrews’ head hit the mat hard, which looked to daze the fighter. Alvey immediately turned and landed a few massive punches to the face of Andrews who already looked hurt. The fight ended in KO. The finishes keep coming!

Alvey admitted he felt Andrews go limp after the slam.