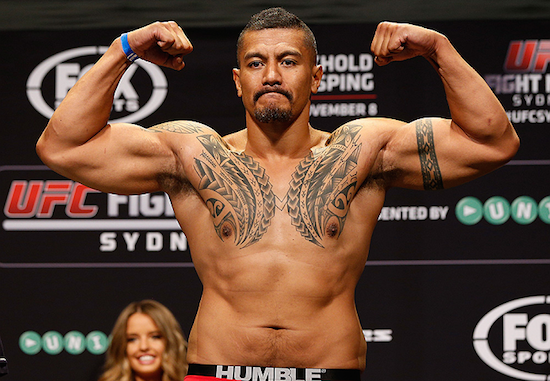 The match started slowly, as both heavyweight fighters were tentative in the early going. Palelei attempted a takedown early but it was stuffed by Harris who showed his flexibility. Both men would trade shots, but no significant strikes were landed.

Palelei found his range in round number 2, landing some hard shots to the face of Harris. Both men would land some good strikes before Palelei landed a takedown and quickly used the position to move to mount. From there it was “Hulk Smash” time, as Palelei landed his trademark ground and pound forcing the referee to stop the bout.

With the win, Palelei improves his UFC record to 4-2.