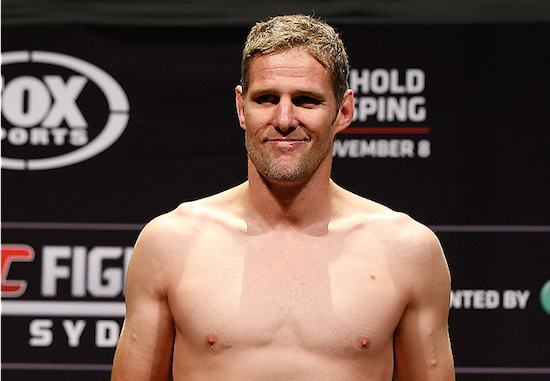 The middleweights were up in the second bout of the night in Sydney. American Luke Zachrich entered the cage to fight the undefeated Australian, Dan Kelly. The Columbus, OH fighter, Zachrich, refused to touch gloves when the fight started, which brought boo’s from the Australian crowd.

Kelly, known for his judo, looked to close distance early in order to get in the clinch. Kelly landed several straight hands that brought cheers from the crowd. It was Zachrich who looked for the first takedown, but was denied.

Zachrich’s striking looked more technical but it was Kelly’s punches that landed more often. Kelly worked to get a clinch against the cage, then unloaded uppercuts before eventually getting a trip takedown. When the fight hit the mat, with Kelly on top, it didn’t take long for the Australian to lock up a kimura and force the American to tap. Kelly stays undefeated in front of his home crowd.