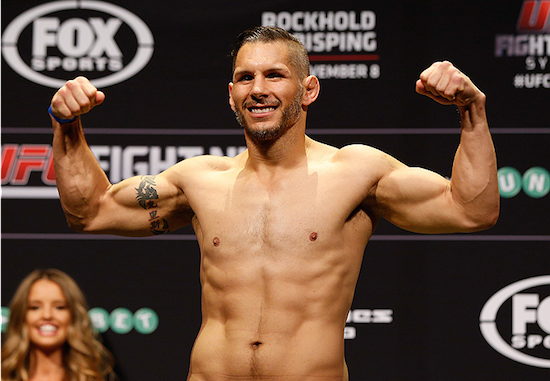 In the welterweight division, Chirs Clements squared off against Vik Grujic in the third fight of the night in Sydney.

This fight started off fast. Both fighters clinched up early and it was Grujic who managed to get the first takedown. The advantage didn’t last long with Clements getting to his feet shortly after. Grujic kept Clements against the cage, switching between throwing short punches and dropping for a takedown. They eventually broke and it was Clements who landed a huge punch that brought the “oh’s” from the Australian crowd.

Clements landed several elbows with Grujic against the cage. The fight took a turn when Clements landed a big knee that backed Grujic up. Clements wasted no time going for the finish. He rushed forward and continued to land big punches to the dazed Grujic. Clements had Grujic against the cage where he continued to pound on him, finally Grujic dropped and Herb Dean stopped the fight. Three fights, three first round finishes!