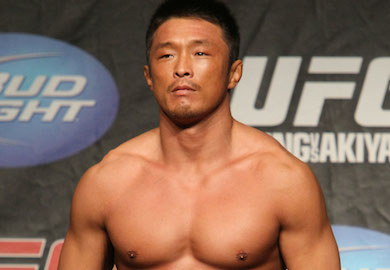 This was the best “Sexyama” has looked in his entire UFC career. He dictated where the fight went and made his presence known with top-notch octagon control. Whether it was rom trip-takedowns to out-grappling Sadollah on the mat, Akiyama was in charge of every aspect of this bout.

Sadollah got wobbled by a jab in the second round and struggled to stay on his feet. He recovered for a brief moment and threw a body kick which Akiyama caught and used to take Sadollah down. Akiyama tried to finish the fight on the ground, but Sadollah was coherent enough to intelligently defend and make it to round three.

With two rounds under his belt, Akiyama did not sit back and coast to a decision victory. He still worked for a finish by throwing punches in bunches, but Sadollah was on a mission of his own to finish the fight. After ten minutes of fighting, neither man possessed the power or was in the position to knock their opponent out.

Yoshihiro Akiyama was announced the winner by the judges as he eaned his first UFC win since 2009 at UFC 100.