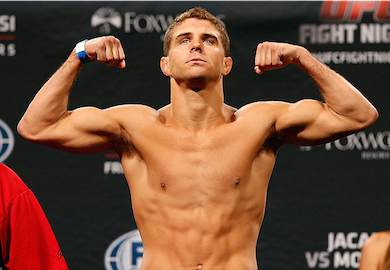 Al Iaquinta finally got the elusive finish he has been looking for his entire UFC career.

He showed off his versatility when he changed levels in his striking and kept Rodrigo Damm guessing. Iaquinta spent the majority of the first round attacking the lead leg of Damm and switched up his game each round.

In an odd moment, Iaquinta dropped Damm with a big cross and walked away, thinking he had the victory. Herb Dean told Damm to get back up and after eventually making it back to his feet, Damm was dropped once again with a right cross and two elbows. Dean was close to the action since the first knockdown and waved the fight off as soon as Damm’s back met the canvas.