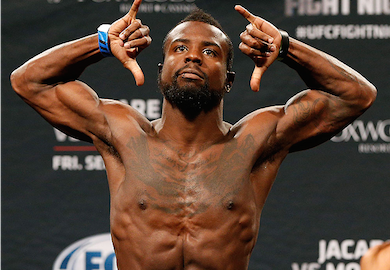 Chris Beal utilized his conditioning to outlast newcomer Tateki Matsuda on his way to a unanimous decision victory.

Both fighters showed rays of brilliance throughout the fight, but it was Tateki Matsuda who impressed the most. He may not have walked out of the octagon with his hands raised, but he showed a lot of potential in his first octagon appearance. Matsuda did a great job at escaping Beal’s grip in the beginning of the fight and proceeded to pick him apart with brutal leg kicks and counter kicks.

Beal’s conditioning seemed to have prevail, however, as he took the fight to the ground for the majority of the second and almost all of the third. While the fight was standing, Matsuda dictated where it went and picked his shots but Beal spent more time in top control.

Beal graded his performance a “C or C+”.