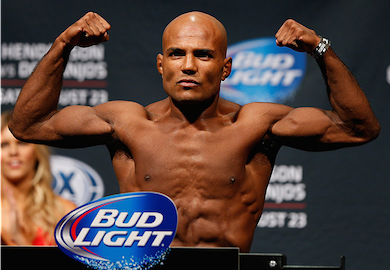 Joby Sanchez and Wilson Reis kicked off tonight’s action with a bout on UFC Fight Pass. Both men shined in their performance tonight, but it was Reis who walked out of the octagon with his hands raised.

Reis controlled most of the first round by dictating where the action went. He found little success with striking so he chose to take the fight to the ground. Reis easily transitioned at will and it seemed like his constant goal was to take the back of Sanchez. Sanchez was able to defend the submission attempts and get back to his feet with ease.

Sanchez attacked hard in the second round and dropped Reis twice within a minute. Reis somehow recovered and relied on his takedowns to make it to the end of the round. He would continue to grapple his way to victory in the third round, a round which saw little success from Sanchez.

Without surprise, Wilson Reis was announced the winner after fifteen minutes. This was Reis’ sixth win in seven fights.