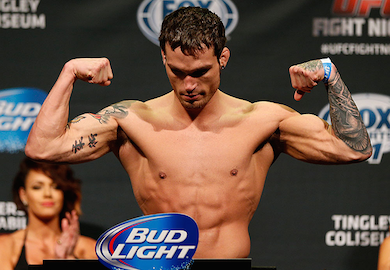 Prior to this evening, neither Lance Benoist or Bobby Voelker had won since 2011. Benoist has been on a hiatus since 2012 and signed up for his first fight in two years tonight. Voelker suffered three consecutive UFC losses in 2013 and was looking to pick up a win. Ring rust was a factor for Benoist, but he was able to push through the fatigue and get his hand raised.

Lance Benoist seemed to be doing well for not having been in a fight since 2012, but his exhaustion started to show short into the second round. Regardless of being tired, he pushed through and was in control of rounds one and three. Voelker suffered his fourth loss in a row and will hopefully have another chance to redeem himself inside the octagon.