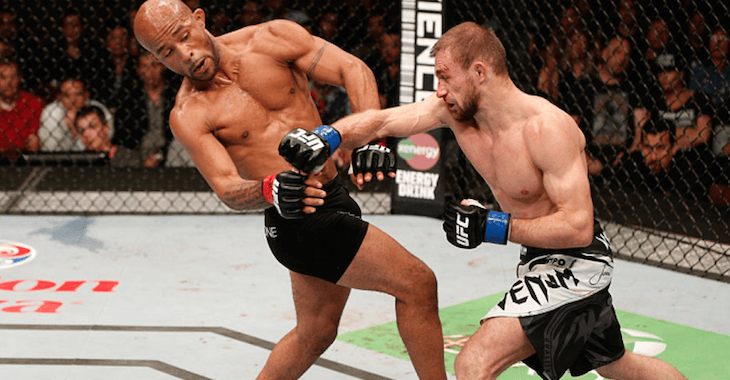 Top UFC flyweight and former title challenger Ali Bagautinov, will return to action after serving his one year suspension for testing positive for PEDs when he faces off with Team Alpha Male’s Joseph Benavidez at UFC 192 on Oct. 3.

The fighter is confident in his skills, but does admit that ring rust could be a factor in the fight. He told allboxing.ru:

“I am absolutely confident in his ability to fight. He is quite good on the ground, but I am sure that isn’t where he wants the fight to go. I’m well prepared for the fight on the ground. His main chance to win is just that I have not fought in a while. This may play a role, but I do not think it is very significant. I am confident in victory.”

Ali also mentioned that he already has his eye set on a future in politics and plans on calling it quits in 3-4 years.

“I have long been thinking of a political career being more embedded in political orientation. I will likely fight for 3-4 more years, but then will begin to move into the political mainstream and deal with this area of ​​activity.”