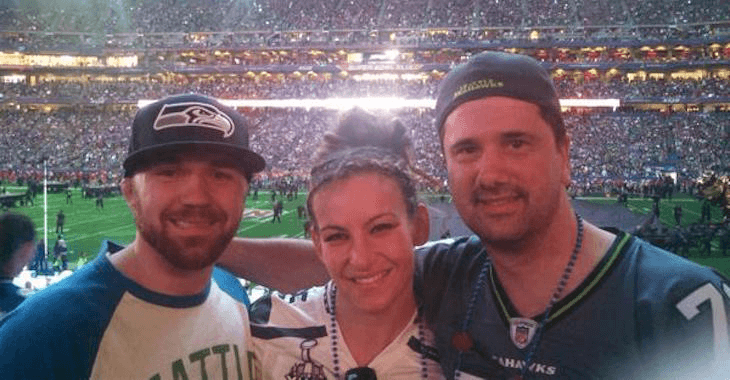 American Football fans rejoiced on Sunday afternoon when the National Football League made their return to a weekly schedule. The men and women of the octagon were excited to see their favorite teams return to the gridiron and spouted off their support through social media. Some fighters ended their night with a smile while others could no nothing but stare at the screen… check out the Tweets below!

Gilbert Melendez showed his support for the Oakland Raiders, which is the coolest thing to happen to that team all Sunday as they put on an abysmal performance against the Cincinnati Bengals. They didn’t even get into enemy territory until the fourth quarter!

Dustin “The Diamond” Poirier gave some much needed love to the New Orleans Saints at the start of their game, who returned the love right back!

This was probably the last positive tweet coming from the Saints as their powerhouse offensive game went up in flames. The Arizona Cardinals were plagued with injuries and STILL managed to pull off a two possession victory.

It almost looked as if Miesha Tate was going to reverse the trend of fighters having their favorite teams lose, but one of the biggest upsets of the week took place when the St. Louis Rams squeezed a win past the Seattle Seahawks! Demetrious Johnson probably wasn’t too happy about this one, either.

… Only to watch his team shoot themselves in the foot repeatedly with poor time management! Tony Romo and the Dallas Cowboys rallied back with just over a minute left on the clock to win the game.

Justin Scoggins’ Carolina Panthers were far from impressive on Sunday against Jacksonville Jaguars, but they were still able to nab an eleven point win. Finally, a fighter’s team got the “W”!

Just like everybody else, Sergio Pettis was probably surprised by just how much of an impact James Jones made for the Green Bay Packers in their win over rivals Chicago Bears.

Robbie Peralta’s San Diego Chargers rallied back BIG TIME to steal a win from the Detroit Lions. After a terrible first half, the Chargers’ and Phillip Rivers rallied back to score 23 points in the second half for the win.

And heavyweight Stipe Miocic is just plain happy that football is back, even though his team’s QB suffered a concussion in the first half of their game on Sunday.