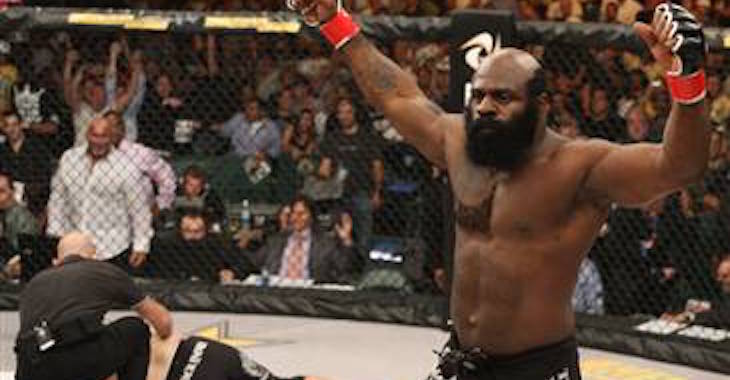 The fight last night was entertaining to say the least. From the walkouts to the stoppage. After escaping what looked like an extremely tight rear naked choke, Kimbo got to his feet and started unloading on Ken Shamrock, eventually dropping him, then the referee stepped in and stopped the fight.

Check out what the MMA world had to say about the Bellator 138 main event:

Kimbo is sponsored by DUDE WIPES, I'd have thought of that as Ken's sponsor… If that was a brand of geriatric diapers. #KimbovsShamrock

I'm about to call this the most bizarre walkout of the year, but I'm still waiting to see what Kimbo will come out to. #KimbovsShamrock

Kimbo Slice about to waste Shamrock

That fight was pure comedy. My feeling are all over the place, I'm so confused.

Can't lie Ken coming out with Legion of Doom was dope

I want to see this fight get to the point where they are so tired Kimbo can't KO him and Shamrock can't sub him. #Bellator138

Too much action happening this is the fastest pace fight ever