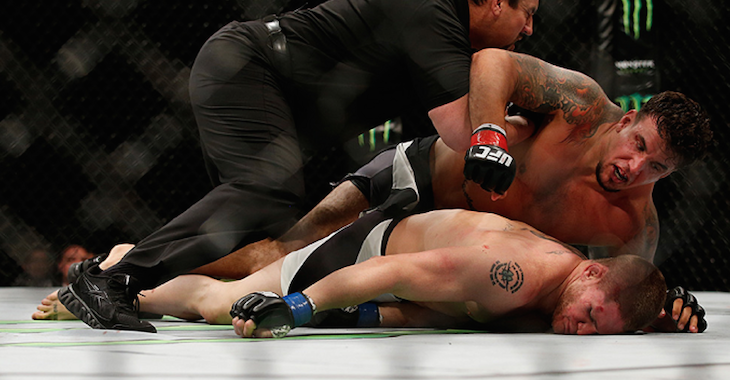 Last night at UFC Fight Night San Diego Frank Mir shocked the world again by standing and trading with Todd Duffee, instead of trying to get the fight to the ground. He ate a few big shots but eventually connected with a massive left hand that put Duffee out cold.

It was a beautiful one-punch KO and the MMA world went nuts, check out what some of them had to say about the finish:

90 seconds… You taking the over or the under? Go! @ufc

What the fuck wow @ufc