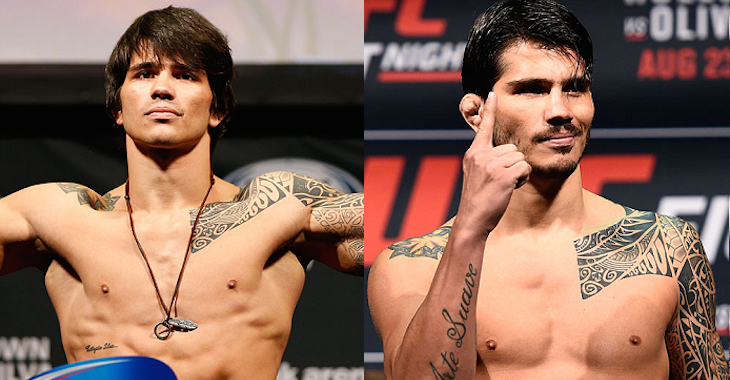 Erick Silva has had a difficult couple of months trying to find an opponent. The Brazilian was originally slated to square off with Rick Story back in June, but Silva was pulled from the card just eight days before the fight due to visa issues. The fight was rescheduled for “UFC Fight Night 74” which took place last night, but Story pulled out of the bout due to an injury twelve days before the fight.

UFC’s Neil Magny stepped in to save the co main-event and actually outperformed Silva. Whether Silva was overlooking or underestimating Magny is unclear, but it was obvious that he was not able to keep up with Magny’s pace throughout their fifteen minute bout on Sunday evening. Silva stated he had a difficult weight cut which could have led to a less impressive physique.

UFC fighters also noticed Silva’s new physique and called him out on it on social media:

Dang Silva lookin soft in this one.

Someone is off the sauce #justsaying

What do you make of Erick Silva’s new physique? Did it actually change?