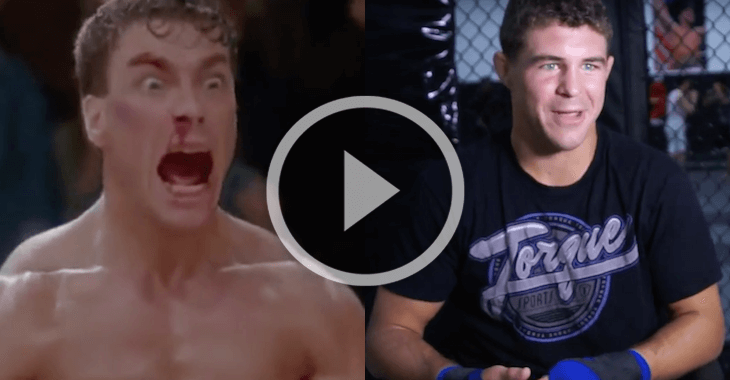 When you think of a fight movie, what comes to mind? For you is it ‘Bloodsport’ or maybe ‘The Karate Kid’?

Well for everyone it’s different and everyone has their own idea of what the best fight movie actually is.

So what about actually fighters? These guys do this stuff in real life, so their opinion should count for something shouldn’t it?

In video below you can see fighters and coaches talking about some of the most iconic fight movies of all time, and some newer ones, and do their best to give them a rating from 0-10. UFC fighter Al Iaquinta seems to like giving a lot of movies the average ‘8’ and admits that although his nickname is ‘Raging’ he’s never seen the full movie, ‘Raging Bull.’