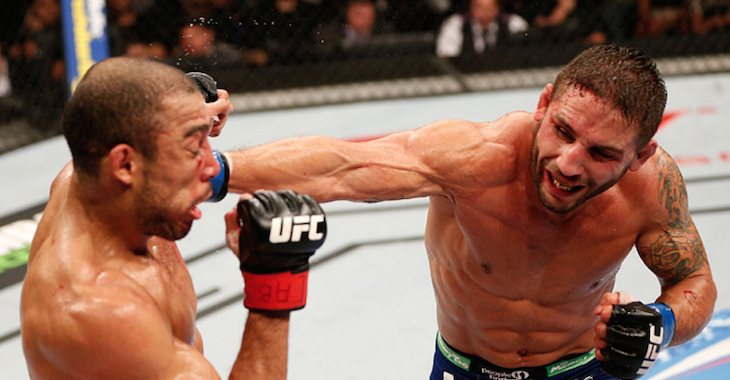 Team Alpha Male’s Chad ‘Money’ Mendes will be fighting for the interim UFC featherweight title at UFC 189 against Conor McGregor.

It seems like maybe McGregor’s constant talking has made him a few enemies, as the number of supporters for Mendes far outweighed those for the ‘Mystic Mac’.

When @chadmendes wins will Dana even put the belt on him or will he be too pissed to do it?

Ahhhhhhhhhhhhh @chadmendes VS @TheNotoriousMMA holy balls!!!!! I AM SO EXCITED!!!!!

Oh snap!!!! Shit just got crazy!!! congrats @chadmendes can't get ready for that level of wrestling in a week in a half @TheNotoriousMMA

Mende$ is a way different fight for the Irishman. Much tougher to game plan for. Just as Killashaw did, Mendes takes home Gold. #UFC189