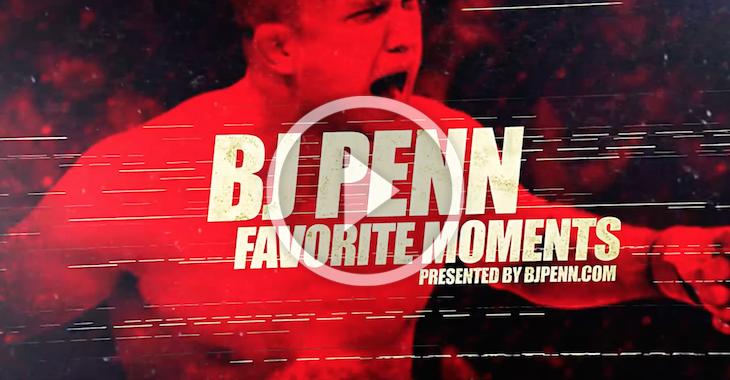 BJ “The Prodigy” Penn was inducted into the UFC hall-of-fame’s Modern Era wing this past July in Las Vegas.

Cementing his legacy as one of the sport’s greatest fighters of all time, Penn’s story is best told by his fighting peers.

Thanks to BJPENN.COM’s Layzie The Savage and Drew Dominguez the UFC’s best candidly discuss their favorite BJ Penn moments that inspired their careers and drive towards greatness.