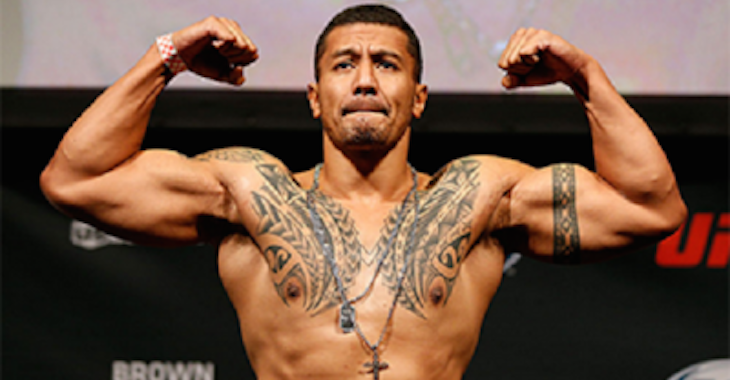 In a strange situation, UFC heavyweight Soa ‘The Hulk’ Palelei has been banned from visiting sick children in an Australian hospital.

Palelei is also an ambassador for Make-a-Wish and was in the process of getting ready to do a 24-hour stint on an ergo grinder, with WA rugby league champion Matt Fuller, as a part of a fundraiser.

He was set up to do a photo opportunity at Princess Margaret Hospital, to help promote the event, but then found out that he would not be allowed and was banned from visiting with the children.

The reason? Apparently the UFC is banned in WA, or more specifically cage fighting in general. You can do mixed martial arts, but the octagon itself is outlawed. The hospital decided that it would not be a good decision to have a representative of the ‘violent’ sport visit the hospital.

Palelei spoke to Radio 6PR and talked about the situation:

“I got a phone call from Matt Fuller’s wife, saying I wasn’t allowed to attend,”

“I was like ‘really’? I was dumbfounded in a way.

“You want me to do a 24-hour grind, put my body on the line for you, raise money for you guys, but you won’t let me see the kids?

“It’s disappointing …. I can’t go in there to see the kids.”

A spokesperson from the hospital had this to say about their decision:

“Following the significant media coverage of controversy surrounding UFC fighting, which is currently banned in Western Australia, a decision was made by the PMH executive that it would not be appropriate to have a representative of the sport visit the hospital.”

“PMH has a duty of care to its patients, their families and staff.

“With many people in the community having very strong views about this particular sport, due to its perceived level of violence, and the fact it is banned in WA, executive staff felt this was the best decision at the time.”

It seems pretty sad that just because he’s a UFC fighter he won’t be able to visit sick children and do the charity work he set out to do.