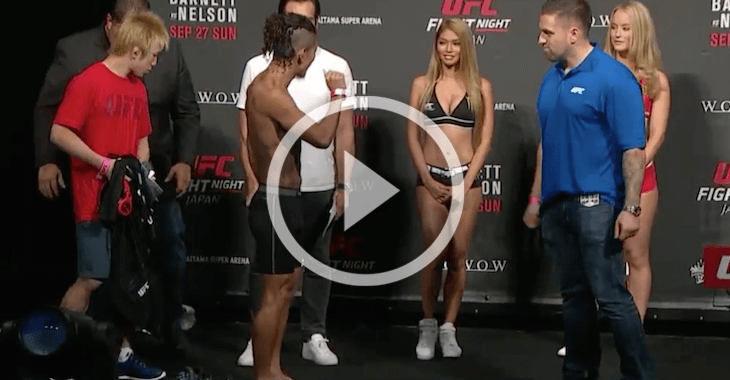 At yesterday’s UFC Fight Night: Japan weigh-ins ‘Road To Japan’ finalist Teruto Ishihara walked out to step on the scale, but before that had some other business to attend to.

During the weigh-in show, all the analyst could talk about was Ishihara’s response to why he fights. Apparently when asked all he kept saying was that he wanted to fight so he could pick up girls. The, like clockwork he stopped on the stage, turned to the Octagon girl and gave her a smile and a hand wave.

Ishihara has ties to Team Alpha Male and will look to win the ‘Road To Japan’ tournament against Mizuto Hirota on Saturday night.