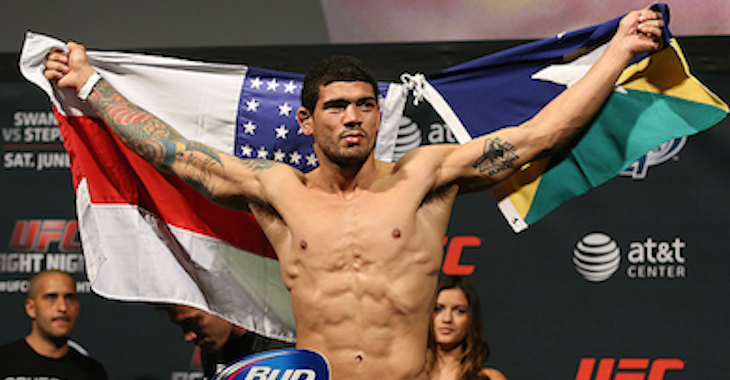 Blame it on the alcohol guys. UFC fighter Antonio Braga Neto recently had a mishap in a bar and now intends on suing the establishment.

So what happened? Allegedly the UFC middleweight had a little bit too much to drink while in a bar and urinated on the floor. He was then thrown out by security and involved in a brawl with 10 security guards which led to him getting arrested.

He was charged with assault and urinating in public.

“I was drunk, I can’t say for sure if I did that or not. I don’t remember exactly what happened. What I recall is that five guys grabbed me from behind and threw me outside the club. If I really (urinated), that’s not a reason to get beat up like that.

“I went there to have fun and try to meet a girl, and I still don’t know what happened. I can’t remember why they tossed me outside the club. It was horrible. They beat me up.”