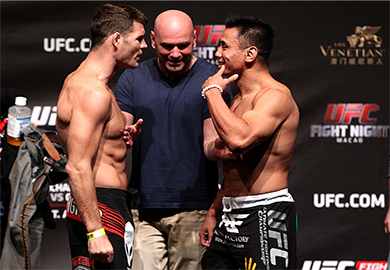 “UFC Fight Night 48” is live in Macau, China at the CotaiArena. In the main event, Michael Bisping will be going up against Cung Le. Le has not been in a fight since UFC’s first event in Macau in 2012 when he knocked Rich Franklin out in spectacular fashion.