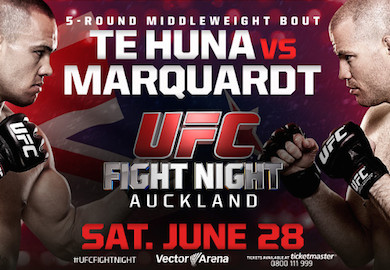 Fighters from last month’s New Zealand UFC event have been tested for banned substances by the Ultimate Fighting Championship.

According to a report, coming out of MMAJunkie.com, all fighters tested were cleared and tested clean of any illegal substances.

‘UFC Fight Night Auckland: Marquardt vs. Te Huna’ was the promotion’s first trip to New Zealand. In territories without athletic commissions, the UFC serves as its own commission and tests the fighters themselves.

Such is the case with UFC Fight Night Auckland.