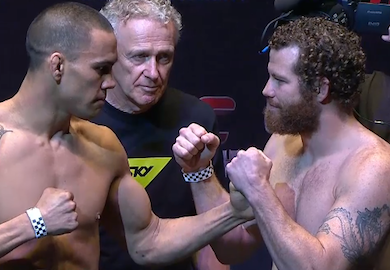 Ultimate Fighting Championship brought the octagon to New Zealand for the first time in history today! “UFC Fight Night” was live at the Vector Arena and was headlined by an exciting bout between Nate Marquardt and James Te Huna. The card featured a total of ten fights and saw six finishes! The first preliminary fight started at 2:30 AM ET on Saturday morning.

IF you missed the fights and do not have a UFC Fight Pass membership, check out the quick results below!