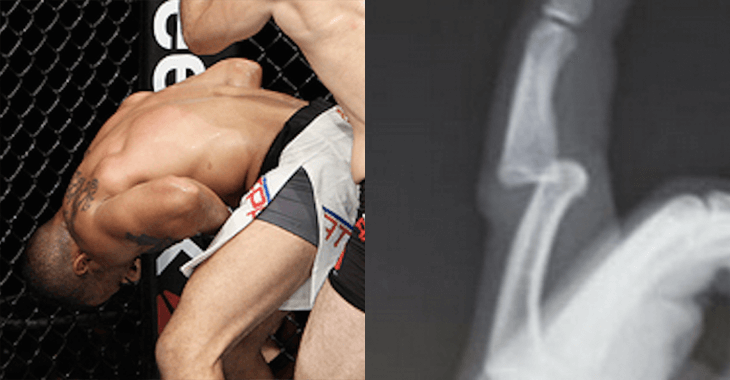 An athlete’s journey to the UFC can be an emotional ride. Roger Zapata was riding the longest streak of his career before he stepped into the octagon for the first time at UFC Fight Night 75. Zapata put on a great performance in the first fight of the night before the bout was cut short when his finger got dislocated.

Mixed martial arts is surprisingly one of the safer mainstream sports today. However just like in any other contact sport, injuries are about to happen. Whether it’s a cut that puts an end to a fight or something more serious, it’s never fun to watch a fighter suffer a loss because of it. Zapata is a good sport, though, and took to social media to show off his X-Ray with his broken finger while promising to make a return soon.

Dam finger! Will be back soon. pic.twitter.com/ixdm7A7SP0

What is your least favorite injury to happen in sports as a whole? Share your choice in the comment section below!