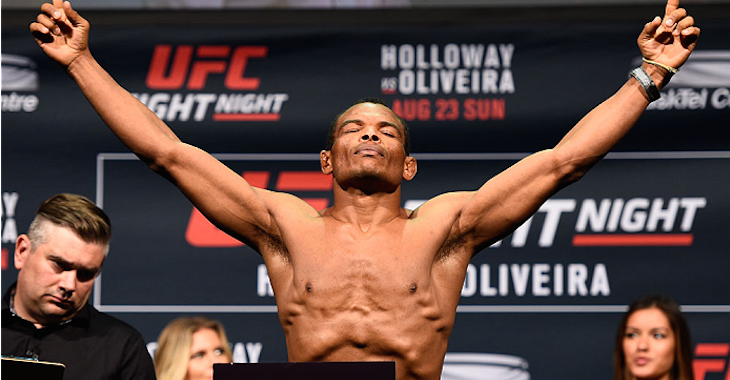 Francisco Trinaldo proved the bookies wrong when he picked up a HUGE technical knockout victory over heavy favorite Chad Laprise in less than two minutes.

Laprise’s downfall started just a minute into the fight when he was knocked down with a huge left hand from Trinaldo. Laprise quickly got back to his feet, but it was clear nobody was home as he pulled Trinaldo on top of him. Trinaldo took the back of Laprise and flattened him out where he started to fire off HUGE bombs.

Trinaldo landed shot after shot while Laprise simply turtled up. The referee gave Laprise every chance he could to fight back and recover, but it was clear Laprise was done and he waved the fight off.

Trinaldo is now riding a four fight win streak and is eyeing competition in the top fifteen of the lightweight division.

Francisco Trinaldo def. Chad Laprise by way to TKO (Strikes) 2:43 of Round 1