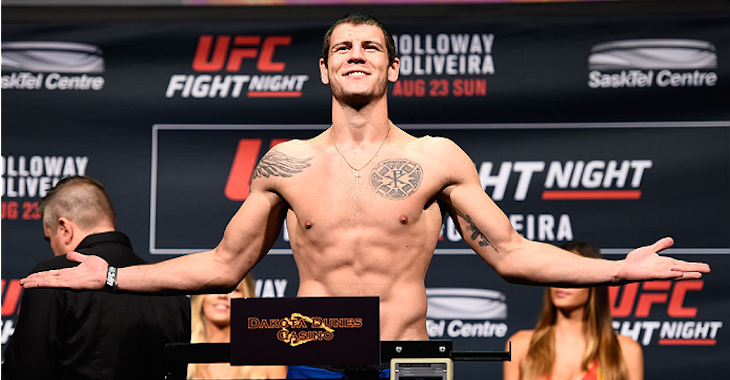 Nikita Krylov brought the crowd to life with his quick submission victory over Marcos Rogerio de Lima, but it wasn’t without some controversy.

It didn’t take long for these two light heavyweights to hit the mat as de Lima tried to trap Krylov in a guillotine. De Lima was in no position to put the fight away with the guillotine the way it was locked on and Krylov escaped with ease. Krylov attempted to secure the back of de Lima only to find himself in ANOTHER guillotine hold— this time tighter. It appeared as if Krylov was going to submit until he popped his head out and succeeded in trying to take the back of de Lima a second time.

De Lima was not discouraged, however, as he attempted to lock in a leg lock on Krylov as he was posturing over him. Krylov defended the hold with the assistance of a cage grab and hopped onto de Lima’s back for a rear naked choke. The hold was so tight, de Lima submitted within seconds.