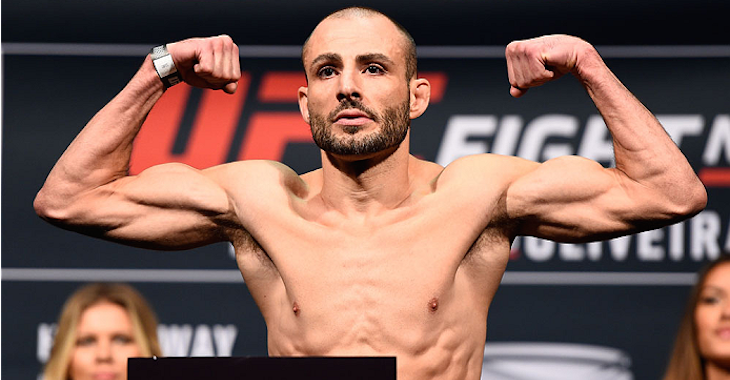 The odds in this fight were close and either Chris Kelades or Chris Beal could have walked into the octagon tonight as the favorite. Kelades secured yet another victory for his countrymen tonight when he picked up a unanimous decision victory over Beal.

Kelades had issues in the first two rounds finding a comfortable distance to strike and shoot for takedowns from as Beal defended each shot well. Every single time Kelades lunged in for a combo or takedown, Beal would cut him off with a combination or simply move out of the way. Kelades was successful, however, in forcing Beal to carry his bodyweight which forced him to show signs of fatigue in the final round.

The first round clearly went in favor of Beal, but the second could have gone either way. Kelades made sure that he won the final round and he utilized octagon control and strategic striking to secure ten points from two judges. Beal landed some powerful shots in the final minute of the fight, but Kelades answered with shots of his own as well.

Both men could claim the right to victory tonight, but two of the three judges saw Kelades as the only winner. Did you agree with the decision? Should Beal have won? Share your thoughts in the comment section below!