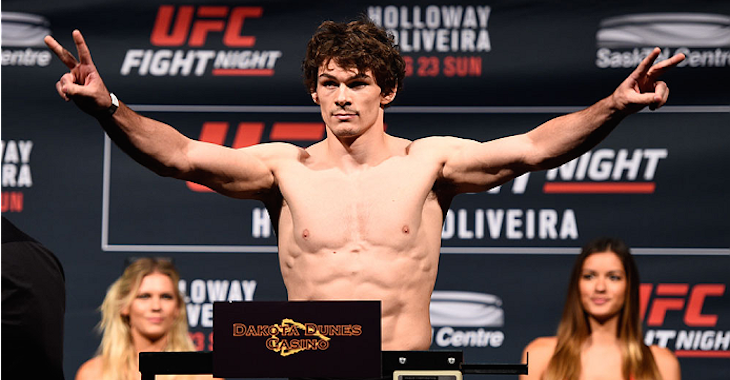 Olivier Aubin-Mercier proved to be too much of a grappler for Tony Sims tonight as he utilized his wrestling skills to pick up the decision victory. It was clear Aubin-Mercier wanted nothing to do with Sims’ top-notch standup.

Aubin-Mercier almost locked in a rear naked choke in the opening round when he locked in the body triangle from the back of Sims, but Sims showed resiliency and submission defense by not giving up his neck. Other than the rear naked choke attempt, Aubin-Mercier didn’t do much else to try and end the fight; “The Quebec Kid” seemed content with riding out a decision victory in front of his fellow Canadians.

Aubin-Mercier only needed fifteen seconds to secure a takedown in the final round, essentially securing his unanimous decision win. While it wasn’t the most exciting performance, Aubin-Mercier is now riding a three fight win streak. He took minimal damage to get the “W”— you can’t knock that.