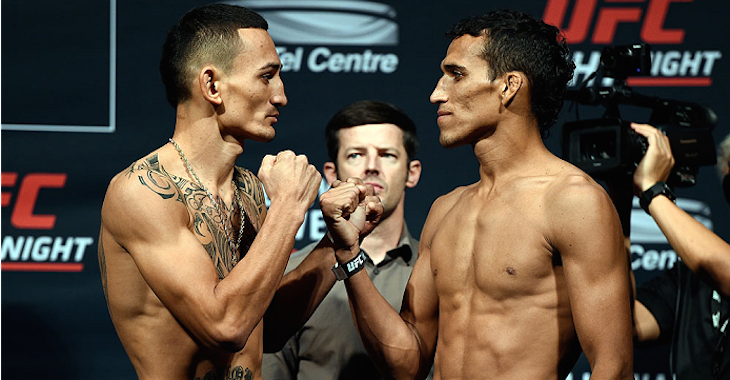 UFC is set to invade Saskatoon, Saskatchewan, Canada for the first time in company history tonight with “UFC Fight Night 74”! The card will take place on UFC Fight Pass and FOX Sports 1 and will feature a lightweight main-event bout between Max Holloway and Charles Oliveira. Erick Silva was originally scheduled to face Rick Story, but Neil Magny stepped in as a late replacement when Story was forced out of their fight!

Check out the full card below and make sure to stay tuned for up to the minute results on tonight’s fights!

Who do you think will win tonight’s fights? Make your predictions in the comment section below!