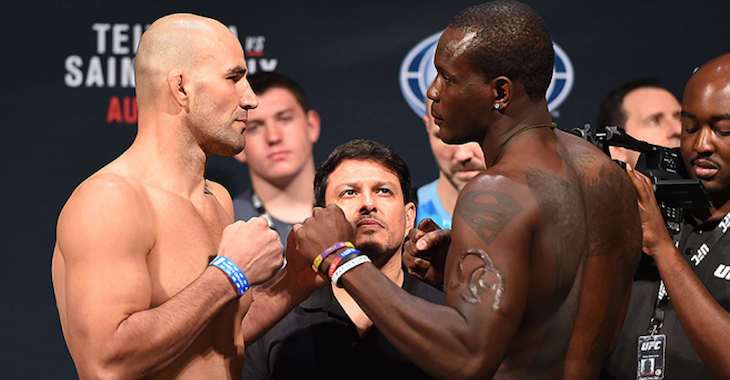 UFC Fight Night 73 is all wrapped up and the fights are over. In the main event UFC light heavyweight Glover Teixeira defeated Ovince Saint Preux in the third round by putting him to sleep with a rear naked choke.

In the co-main event Michael Johnson took on Beneil Dariush and somehow lost a split decision, despite dropping Dariush and preventing all his takedowns.

Announced at the post fight press conference, the UFC Fight Night 73 event drew an announced attendance of 7,539 and a live gate of $454,551.