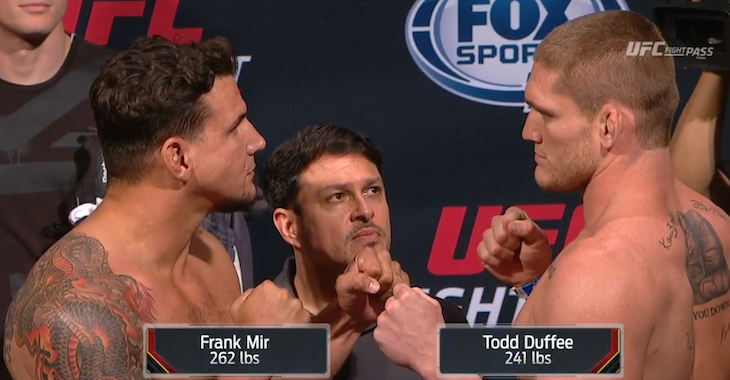 That’s according to UFC’s Senior Director of Public Relations, who announced the numbers during last night’s post-fight press conference.

The night was kicked off with rather lackluster preliminary fights, but once the main card got going the action picked up. Still, the night saw a supreme lack of finishes, although Mir’s KO of Duffee might have been great enough to wipe all those details away.

What did you think of Wednesday’s fights?