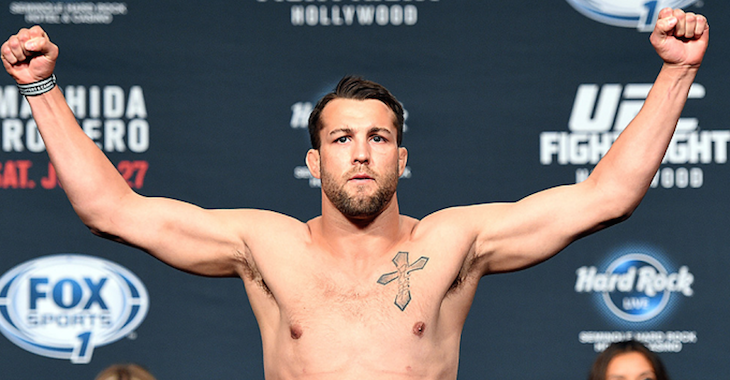 Up next was TUF cast member Steve Montgomery, who was forced off the show after having a seizure, and Tony Sims. Both fighters were making their UFC debuts.

Fighters touched loves and went to work. It was Montgomery who threw the first punch. Sims moved quick, switching stances often. Montgomery tried to used his length and reach, but Sims moved in and got the clinch against the cage. After not really doing anything, they broke away. Montgomery tried a kick, and actually ended up catching Sims with the knee.

Sims wobbled a little bit and Montgomery moved in to try to capitalize. After a moment of exchanging Sims lands a massive left hand that drops Montgomery. Sims rushes in and lands another big punch that flattens Sims on the mat. The referee steps in and calls the fight.