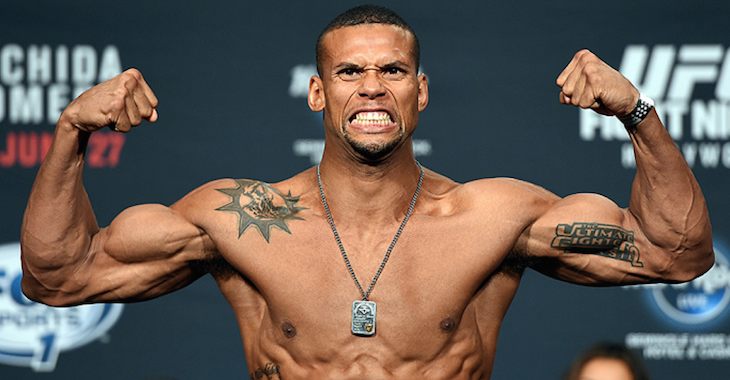 The two exchanged for a little while. Santos landed a few leg kicks. Bosse tried to move in.

Right away Santos landed a massive head kick that put Bosse out cold. He moved in to strike again, but saw that Bosse was out and just walked off.

Bosse was making his UFC debut, after almost filling in for Rampage, back when he almost couldn’t fight because of the Bellator injunction. Yes, I mentioned that because there wasn’t else to say about this fight because it ended so quick.