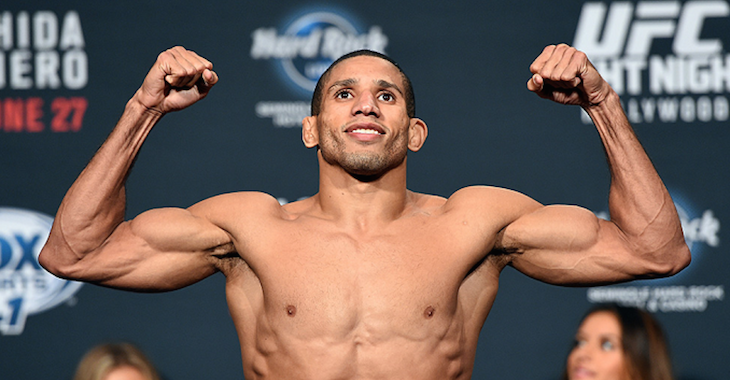 The first fight of the main card was between Hacran Dias and Levan Makashvili.

In the first round it was a back and forth event. Dias went for the clinch several times. before getting Makashvili down late in the round. Even with the takedown, the round probably still went to Makashvili.

In the second the fight went to ground pretty fast. This time it was Makashvili who got the takedown. From the bottom, Dias threw up a lot of submissions but was unable to lock any in. The fight then went back to the feet, but Dias got it back down quickly. Both fighters got up. Dias again ended up on top late in the round, similar to the first round. Dias did more in that round and probably pulled it out.

Dias came out in the third with a body kick, but Makashvili clinched up and pushed Dias to the cage. He tried to break away and land big shots. Dias moved in for the clinch, then Makashvili reversed him on the cage. The referee separated them after no action. Right away Makashvili moved in for the clinch again. Both fighters fought for position. Dias got the advantage and tried for a takedown. Makashvili got the takedown and started there until the round ended. It was a pretty close fight.