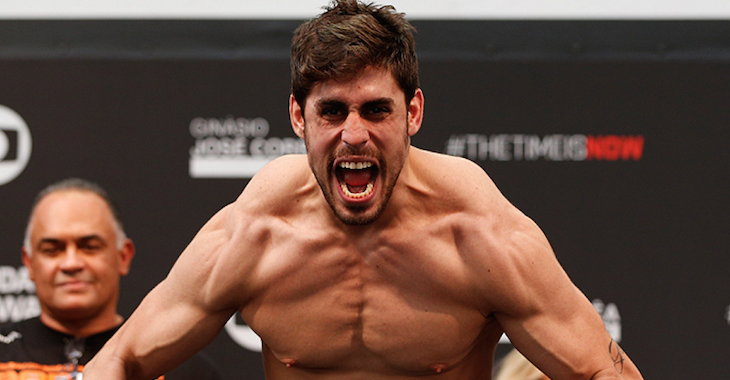 TUF alum Eddie Gordon took on Antonio Carlos Junior in the third fight of the night.

Junior moved and got the takedown, working in full guard. The fight stayed there until the end of the round.

In the second Junior threw up a nice front kick but it missed the mark. Junior almost landed a big right hand. After some lackluster striking Gordon moved in for the clinch and got it. Eventually Junior broke away and they went back to striking. Junior took the fight to the ground with about a minute left. Junior went for a leg lock but the time ran out.

In the third Gordon got the clinch, but when it went to the ground Junior wound up on top. He took the back and tried to work for the rear naked choke. Gordon did well to defend, Junior locked in the choke and finished the fight with a rear naked choke.

RESULTS: Junior wins via submission (RNC) at 4:37 of round 3