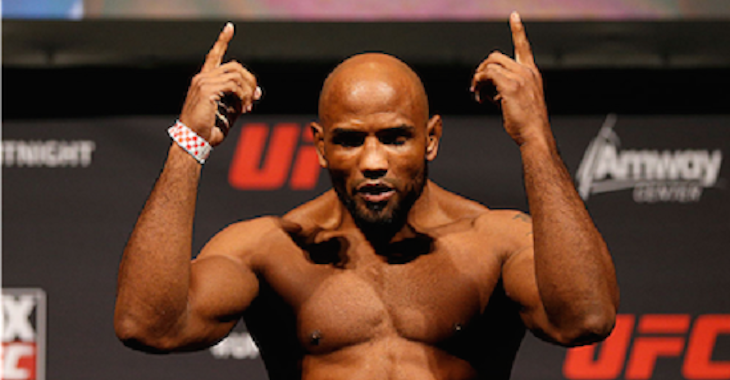 UFC Fight Night: Machida vs. Romero is finished and four fighters have taken home an extra $50K for their performances.

Here’s the breakdown, announced at the post-fight press conference:

Fight of the night: Lorenz Larkin vs. Santiago Ponzinibbio

Performance(s) of the night: Yoel Romero and Thiago Santos

Larkin and Ponzinibbio put on a show, landing punches and kicks throughout the fight, until Larkin finished it in the second round.

Romero exploded in the third round of his fight with Lyoto Machida and got a quick takedown. From there he started landing massive elbows over and over again. Machida went limp and the referee stopped the fight.