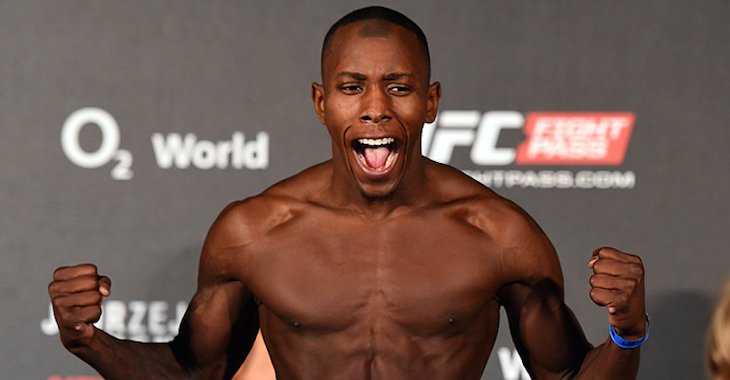 The first fight of the afternoon took place between Taylor Lapilus and Yuta Sasaki.

Sasaki came out quick, looked for a takedown. He was unable to get the fight down, but clinched Lapilus to the cage. Lapilus got the reverse, but then got reversed by Sasaki. They fought for position in the clinch for a while. Lapilus landed a few nice short knees. They eventually broke away from each other. Sasaki threw a leg kick that was caught by Lapilus, who then pushed him to the cage in the clinch. They broke away again and went back to striking. Lapilus moved in quick and started unloading big elbows in the thai clinch. Lapilus moved him to the cage and kept the thai clinch, where he landed knees and elbows until they separated. Sasaki landed a few hard leg kicks, then shot in for a takedown, but was denied. Lapilus landed a clean left hand, then a spinning elbow that connected before the round ended.

In the second it was more of Lapilus. He stuffed a nice takedown from Sasaki, then start walking him down. He got him to the cage and landed a nice left hand that connected to the chin of Sasaki and dropped him. Lapilus swooped in with more punches until the fight was stopped.