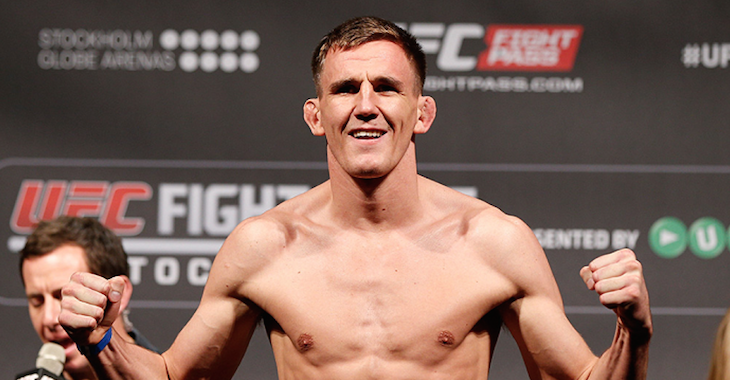 At the start of the fight both fighters met in the center and gelt each other out for a while. Then they went to work. Askham went for a big head kick, but slipped and fell. Santos jumped on him and tried to take advantage. He pushed Askham to the cage and worked the clinch. He broke away and they went back to striking. Santos threw big punches then clinched again. Askham tried for a trip but doesn’t get it. They broke away and started striking again. Askham landed a massive left uppercut that dropped Santos. Santos got to his feet but was wobbly, Askham followed up with a thai clinch and a knee that put Santos down again. The referee stepped in and stopped the fight.