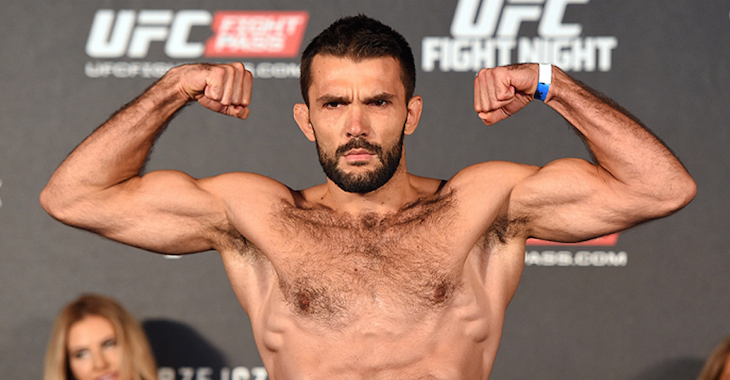 Steve Kennedy and Peter Sobotta faced off in the second fight of the main card.

Sobotta came out fast, landing kicks and punches early on. Kennedy looked caught a little off guard but the quick start by Sobotta. Kennedy threw a knee and Sobotta rushed in and got the takedown. Kennedy got the reverse and went for a double leg takedown. Sobbota got free and went right to the back of Kennedy. He went right to a rear naked choke. After some defending and shifting Sobotta locked in the choke and squeezed. Kennedy tapped right away.

Sobotta was ready to go from the start and Kennedy just didn’t start well.

RESULTS: Sobotta wins via submission (RNC) at 2:57 of round 1