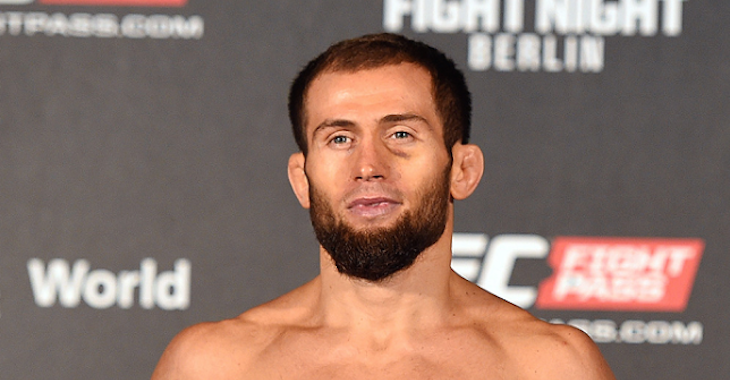 Patrick started things off, with a body kick, then right to a takedown. Taisumov defended the takedown and managed to get back to the center of the octagon. Taisumov landed nice body kick. Patrick kept threatening with a spinning attack. Taisumov landed a big knee as Patrick came in. Patrick tried another spinning attack but Taisumov countered. Taisumov ate a finger to the eye. The fight was paused so the doctor could look at his eye. After a strange instance where the doctor was unsure if he could keep fighting, the referee said no he said he’s fine and continued the fight.

They went right back at it. Patrick ate a big right hand that might have hurt him. Patrick looked for a big takedown but it was shrugged off. Taisumov landed a big right hand. Patrick went for a rolling kick, it failed. Patrick seemed unable to land much and couldn’t get the takedown.

In the second Patrick seemed to try and chase Taisumov with strikes, but didn’t land anything. Taisumov landed several leg kicks and again defended a takedown, then threw a big head kick that landed and sent Patrick falling to the mat stiff like a board. Taisumov swarmed in and unloaded with strikes until the referee stopped the fight.