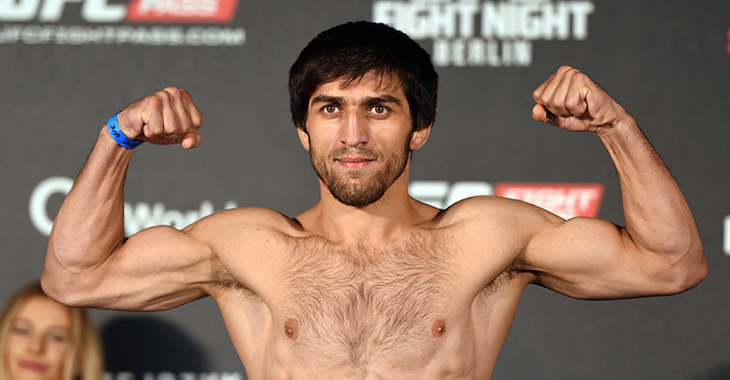 The second fight of the night featured the lightweights with Piotr Hallmann vs. Magomed Mustafaev.

Magomed came out with a body kick, but got countered by Hallmann, who then moved in and got the clinch on the cage. They released and Magomed tried to land a big leg kick. Hallmann got a trip but fighters got back to their feet right away. Magomed clinched Hallmann on the cage, then got reversed. Magomed lands a nice trip reversal, then lands a big spinning body kick to Hallmann. Magomed goes for another one but gets pushed back by Hallmann and falls to the ground. Hallmann moves in and gets into full guard. After landing some nice elbows Magomed went for an armbar. Hallmann got out and continued striking. Hallmann kept the position until the end of the round.

In the second Hallmann came out and landed a nice one two combo. Magomed landed a nice spinning back-fist, then Hallmann moved in and clinched Magomed and took him down. On the way down Magomed grabbed a kimura, but then let it go and managed to get to his feet. Magomed got him in the clinch and unloaded some big punches and knees. Hallmann reversed and go the advantage in the clinch. When they separated you could see that Hallmann’s face was busted up. He moved in and got the clinch again. The referee stopped the fight to have a doctor check Hallmann’s cut. The doctor called the fight due to the cut. It was a big cut right on the eyebrow.

RESULTS: Mustafaev wins via TKO (doctors stoppage) at 3:24 of round 2