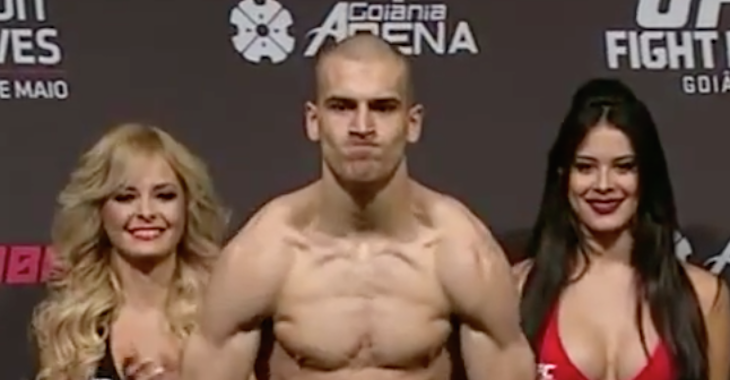 The first fight of the night featured the welterweights. Luiz Dutra took on Tom Breese.

Both fighters came out and participated in a feeling out process. Dutra threw the first strike, a leg kick. Shortly after that they clinched up and Breese pushed the fight to the cage. In the clinch both fighters landed nice knees to the body. Dutra began landing several clean elbows to the head of Breese. Fighters separated. Breese closed the distance and clinched Dutra on the cage once again. Dutra was able to reverse and eventually separate. When they broke away both fighters swung with bug punches but missed. After a short period standing in front of each other they clinched again in the center of the cage. Breese again moved the fight to the cage. Breese went for a trip but Dutra got to his feet quickly, then separated from the clinch. Breese lands a massive straight left hand that drops Dutra. He pounces in and starts raining down hammer fist. Dutra did not advance his position and the referee stopped the fight. Dutra was not happy with the stoppage, but he wasn’t moving.