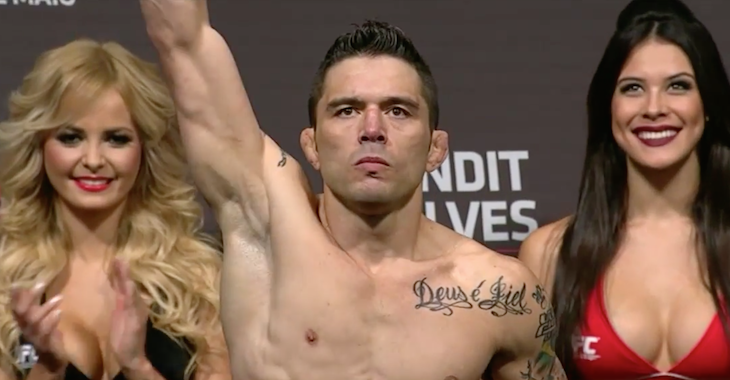 Damon Jackson vs. Rony Jason was the featured preliminary bout.

Jason came out early and threw a big flying knee. Jackson avoided damage and immediately started looking to take the fight to the ground. He got the fight to the ground and started working in Jason’s full guard. Jackson landed nice elbows before Jason was able to get to his feet. While clinched on the cage, Jackson landed a big knee to the head of Jason while his hand was down on the mat. The referee stopped the fight briefly, then started it again. Jackson ducks under and goes for a big takedown and gets it. Jason sweeps and locks in a mounted triangle. They roll a few times, with Jackson trying got get free, but Jason had it locked in tight. Eventually Jackson decides to tap.

Impressive turn of events in a fight that Jackson was probably winning.