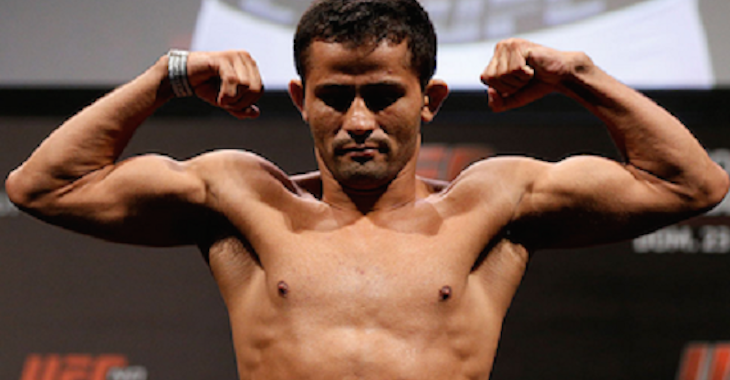 The UFC’s next trip to Brazil will take place on May 30 at Goiania Arena in Goiania, Brazil at UFC Fight Night 67.

According to Combate, who reported the new fights first, Jussier Formiga will fight Wilson Reis in the flyweight division and T.J. Waldburger will face Wendell Oliveira in the UFC’s welterweight division.

Stay tuned to BJEPNN.COM for the latest on UFC Fight Night 67.